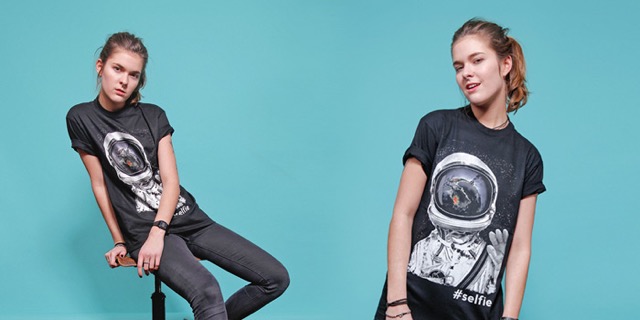 Messaging is one of the most important responsibilities of any company or brand, especially today with the proliferation of options across all industries. Messaging is what separates winning companies from also-rans, and it’s what makes businesses attract and, more importantly, retain a customer base. Research from the Harvard Business Review reveals that 64% of consumers cite shared values as the main reason for a relationship with a brand, underscoring the importance of providing a clear message about a company’s identity and values.

In addition to crafting a message, companies must also ensure that their messages are maintained consistently, lest consumers walk away for other, newer options. Some of the largest businesses in the world, like Starbucks and Mcdonald’s, rose to fame not only because of their products or business model but also because of their promise to deliver consistent products and services and upholding that guarantee.

Apparel makers AllRiot take the idea of messaging very seriously. Unambiguously bold, each one of their shirts stakes a claim or message for the world to see, on topics ranging from philosophy to literature to politics. They also uphold a clear set of principles as seen on their website under names like “Manifesto” and “Ten Commandments”, as well as an emphasis on sustainable, sweatshop-free manufacturing. I spoke with founder Margarita Goroshkevich on AllRiot’s defined message, principles, and business practices.

Q: What originally inspired you to found AllRiot?

MG: It was actually the Occupy Movement. Originally I was a designer, stuck in an industry I didn’t like. One of my last projects that I worked on was negotiating a tender for a UK retailer for a million polyester trousers. So that’s the sort of thing that I used to do, and I hated it. I still think about a million pairs of polyester trousers that are in a landfill right now. It’s something that I worked on, and it’s not that it wouldn’t be there without me, it’s that I was kind of part of the problem. So I thought, “I don’t want to do that anymore, I want to create a sustainable anti-fashion brand that talks about the right issues, that doesn’t promote conspicuous consumption.”

So we’re very anti-logos, anti-brand, anti-fashion. Something that talks about the real issues that affect people. It’s not about escapism the way fashion is, it’s the opposite. It’s about talking about the real issues, about empowering people. It’s about everyday activism and telling them that you can make a difference every day. Maybe you don’t have the time to go to a protest, but you can always make your voice heard. You can always wear a t-shirt, support the cause that you want to support, and that’s something that has inspired me. I wasn’t an activist, I was a fashion designer. I actually wanted to be a fashion designer since I was eight years old, but I hated the industry so much.

In the Photo: AllRiot t-shirt and model Photo Credit: AllRiot

Q: Why did you decide to focus on business to spread AllRiot’s message of freedom and political activism? Why not a foundation or NGO?

MG: If I look back at the way I was thinking, that was the natural progression of what I wanted to do. First of all, I wanted to be my own boss so to speak, because that’s just naturally how I am, I’m quite rebellious. So that was my own natural path. I could have started a charity, I could’ve worked for a charity, I could have done so many things. I could’ve joined a nonprofit organization. But, I had a vision, and the only way to bring that vision to life was to start a brand. It’s something that I know best, and it’s just one of my unique talents. If I started a nonprofit, I wouldn’t be the right person to do it. So it was better to focus on what I’m good at. You have to know your strengths and you have to know your weaknesses. So to me, that was just a natural thing that came into my mind, it was what I wanted to do.

When you start something like that you never know if it’s going to work or not, you never know if people are going to want what you’re offering. When AllRiot was at the proof-of-concept stage, I decided to reach out to Pussy Riot, who was in prison at the time and became a fundraiser for them. We were actually the first official fundraiser for Pussy Riot. I designed three t-shirts and they did really, really well. I was actually screen-printing all my own t-shirts at the time. I remember spending 12 to 14 hours a day screen-printing t-shirts because there was so much demand. That definitely reinforced my belief. There had to be a liberal brand that was cool. There was a gap in the market, let’s just put it that way. If you look at Google and if you type in “political t-shirts”, you won’t find a liberal brand. We are practically the only liberal, political t-shirt website that’s independent in the top 20 results. There’s nothing like us. It’s surprising to me, but that’s the case. I think there should be more of this sort of thing.

Q: AllRiot has a clear set of principles that underline its brand, including a “Declaration of Independence” and “Ten Commandments”. What was the thought process behind formulating these principles?

MG: It was a natural thing. I actually e-mailed my customers about this just last week. They are a very recent thing. We’ve been going through a really tough year at AllRiot. Part of the reason is that we pulled out of Amazon for ethical reasons, and Amazon was bringing in half of our revenue. It was definitely a massive drop in sales. The Ten Commandments were something I came up with in response to what we are going through as a brand, and also something that I think activists need. With Trump in the US and Teresa May in the UK, there’s definitely a sense of apathy. If there’s one message that AllRiot is trying to put across it’s that apathy is just going to destroy us. It’s the one thing we are against. I feel like people need to be inspired. We can do so much if we just stand our ground and if we just keep doing it. So that’s where the Ten Commandments came from. A message of “let’s not forget what our principles are, yes it’s difficult but let’s look at the bigger picture”.

I feel that activists these days are very reactionary. The whole activist community is very reactionary, and we have to look at the bigger picture. Presidents come and go, but we have to know what we’re fighting for, not what we’re fighting against. Women’s rights are important, gay rights are important, and transgender rights are important. All of that is important and we should talk about it. But also, we shouldn’t be talking about that exclusively. It’s about looking at the bigger picture, it’s about uniting people, and it’s about believing that we can actually change things. That’s what the Ten Commandments are about. So they’re very recent things. The Declaration of Independence same thing. The Manifesto same thing. It’s all anti-apathy. That’s what we’re trying to do, everyday activism.

Q: I notice that AllRiot also has a “Fanarchy” board that allows your fans and customers to share their experiences with your t-shirts online. How did that get started?

MG: Oh it just started naturally. It’s something that many brands do actually, people posting pictures online. I would really love to take this much further. I would really love to get people involved in inspiring others to wear the t-shirt and to talk about it, because when you think about it it’s not the t-shirt that my customer buys, it’s not the designs that they buy, it’s the experience of wearing the t-shirt. It’s not about the piece of clothing, it’s about the experience they’re going to have when they go out and wear the t-shirt. They never know what they’re going to expect, the t-shirts are quite “in your face”. When I wear my t-shirts it’s always fascinating, it’s a lot of fun. You never know what you’re going to get. You get high fives, you get people whistling at you, all kinds of stuff. It’s about messages. So I would really love to take this further somehow and to encourage people to share these photos.

I’m also working on freebie offerings for AllRiot customers so that when they purchase a t-shirt they get access to all the different freebies. Things like AllRiot designs, AllRiot artwork, things that they can print out, and things that they can use. So not just t-shirts, they can actually use our art for free. I would really love to find a way to spread these messages, to let people share them and talk about them. I think it’s all about the conversations that people have when they wear a t-shirt. You definitely meet people you agree with, you meet people you disagree with, and all of this facilitates political discourse.

Q: AllRiot’s brand is also defined by its emphasis on sustainable and ethical manufacturing processes. Could you talk a little more about that?

MG: Well it’s something that’s really important to me, as I mentioned with the polyester trousers story. I’m trying to offset my karma in some sense. When you’re a clothing brand it’s very difficult not to have any impact on the environment. But what we can do as a fashion brand is to work really hard to minimize that impact, and to talk about it. On the website, we talk about our no-waste policy. We produce in very, very small quantities because the dead stock is a massive problem in the fashion industry. We actually never have sales because we produce in such small quantities. That’s something I’m really, really focused on, making sure that nothing is wasted, and whatever is wasted we give to homeless charities or to activist organizations. We never have sales because we don’t actually have any dead stock, I think that’s important. It’s something I want to talk about more on the website, the problem of dead stock in the fashion industry because it’s a massive problem.

I’ve also toyed with the idea of organic cotton, but things actually are not as straightforward as you’d think. Organic clothing requires a lot more water to produce the same amount. So I’m still looking into all these different options. It’s a work in progress, and it’s always going to be a work in progress. But as a fashion designer who’s worked on some mainstream fashion in the past that’s something I want to crack, so to speak.

Q: What is the future of AllRiot in your eyes?

EDITORS NOTE: The opinions expressed here by Impakter.com columnists are their own, not those of Impakter.com.