Not only is second-hand shopping good for the planet and your wallet, but our new research also finds the more style-conscious you are, the more likely you are to shop for second-hand clothes and accessories.

In the 2020-21 financial year, 72% of Australians purchased at least one item of second-hand clothes – but we wanted to know more about people who were shopping second-hand.

It is often assumed those who shop for second-hand clothes do so to save money or reduce their impact on the environment.

In … Read the rest The environmental impact of fashion waste is overwhelming. Every year the UK alone sends 350,000 tonnes of clothing to landfills. And as the majority of garments are made from oil-based materials like polyester – 22.67 billion tonnes of polyester clothing is produced every year worldwide – they aren’t going anywhere fast. Oil doesn’t decompose, and if burned the material will release harmful chemicals into the atmosphere. There are also problems associated with trimmings such as buttons, zips, studs, and interfacing or lining. When buried with other waste in landfills, the combination of metal … Read the rest Putting together words like normal and fashion feels like a contradiction, but that’s exactly what Gap is doing with its autumn/winter 2014 advertising campaign, called Dress Normal. It makes a virtue out of the normality of its clothes and proposes that individualism comes from authenticity, not flashiness.

Gap is following the flurry of media discussion about “normcore”, a term coined by a New York-based trend forecaster K-Hole that has been present since last spring and early summer. Normcore elevates ordinary clothing – basic jeans, T-shirts and trainers, for example – … Read the rest 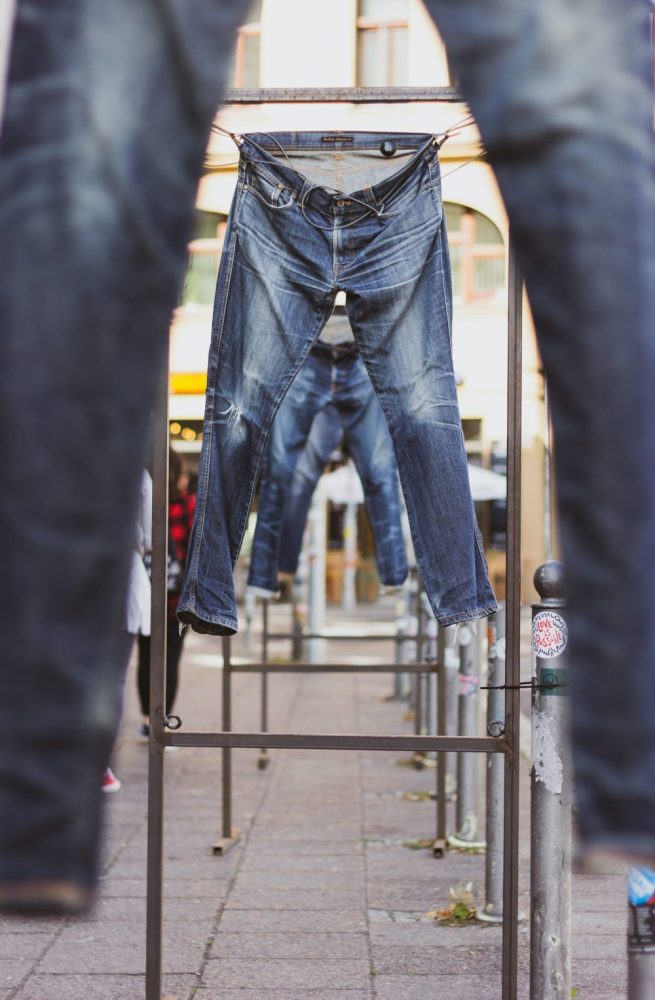 The fashion industry has some major sustainability problems. By 2030, it is predicted that the industry’s water consumption will grow by 50% to 118 billion cubic metres, its carbon footprint will increase to 2,791m tonnes and the amount of waste it creates will hit 148m tonnes.

These predictions are in spite of significant progress being made by brands and retailers to minimise their impact. Many are using sustainable cotton initiatives to reduce water, energy and chemical use, new dyeing technology to reduce water consumption by up to 50% as well as numerous energy and … Read the rest As Australian consumers step out of their loungewear post-lockdown, many might be looking to buy new clothes for themselves or as gifts.

Whether you’re buying sweatpants or sequins, online or in-store, ethical fashion shopping can be confusing. There are so many terms, certifications, and accreditation systems — not to mention the marketing spin and corporate greenwashing — to navigate.

Our recent research examined the impact modern slavery laws have had on consumer awareness about ethical fashion, as part of a larger project on modern … Read the rest